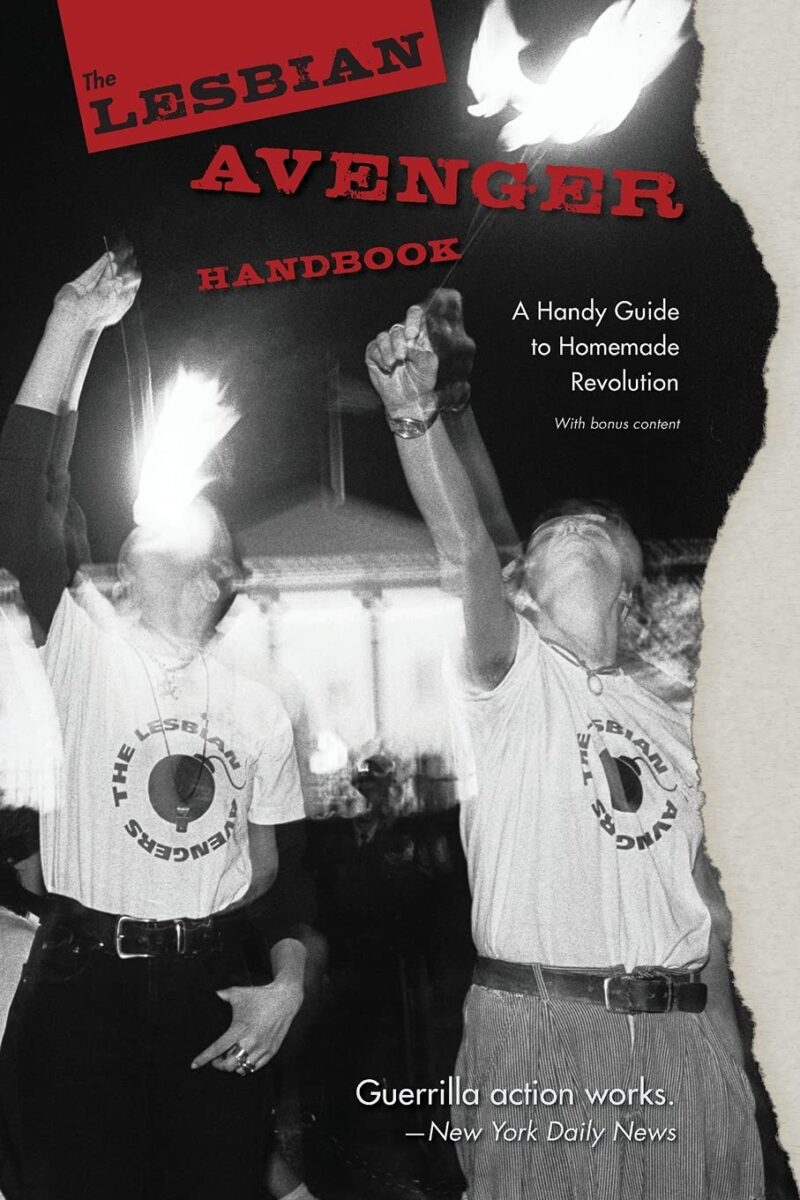 They were superheroes arriving “to make the world safe for baby dykes everywhere;” warriors with capes and shields doing a line dance; dykes “Lusting for Power,” pushing a giant bed float down Sixth Avenue in New York (with lesbians on it); nationally-ambitious Avengers eating fire in front of a hostile White House; lovers reuniting a statue of Alice B. Toklas with Gertrude Stein, then waltzing in the snow in Bryant Park. And homos who shamelessly chanted, “Ten percent is not enough, recruit, recruit, recruit.”

It only took a few years for the Lesbian Avengers to grow into a global movement with sixty autonomous chapters worldwide all working for the visibility and survival of lesbians, and all sharing an irreverent direct action aesthetic, eagerly dipping into agitprop and advertising and theater, in ways that still feel ground-breaking today.