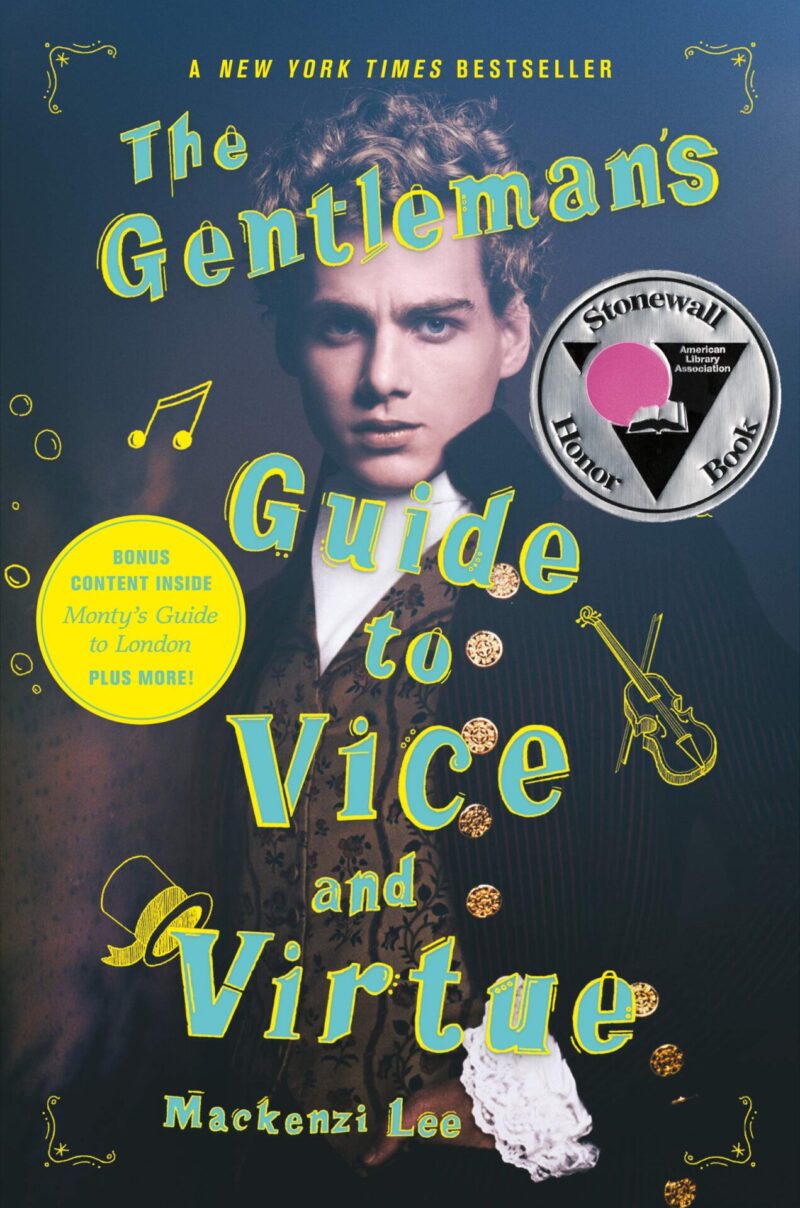 The Gentleman’s Guide to Vice and Virtue (Paperback)

A young bisexual British lord embarks on an unforgettable Grand Tour of Europe with his best friend/secret crush.

A young bisexual British lord embarks on an unforgettable Grand Tour of Europe with his best friend/secret crush. An 18th-century romantic adventure for the modern age written by This Monstrous Thing author Mackenzi Lee—Simon vs. the Homo Sapiens Agenda meets the 1700s.

Henry “Monty” Montague doesn’t care that his roguish passions are far from suitable for the gentleman he was born to be. But as Monty embarks on his grand tour of Europe, his quests for pleasure and vice are in danger of coming to an end. Not only does his father expect him to take over the family’s estate upon his return, but Monty is also nursing an impossible crush on his best friend and traveling companion, Percy.

So Monty vows to make this yearlong escapade one last hedonistic hurrah and flirt with Percy from Paris to Rome. But when one of Monty’s reckless decisions turns their trip abroad into a harrowing manhunt, it calls into question everything he knows, including his relationship with the boy he adores.

Witty, dazzling, and intriguing at every turn, The Gentleman’s Guide to Vice and Virtue is an irresistible romp that explores the undeniably fine lines between friendship and love.

Don’t miss Felicity’s adventures in The Lady’s Guide to Petticoats and Piracy, the highly anticipated sequel!