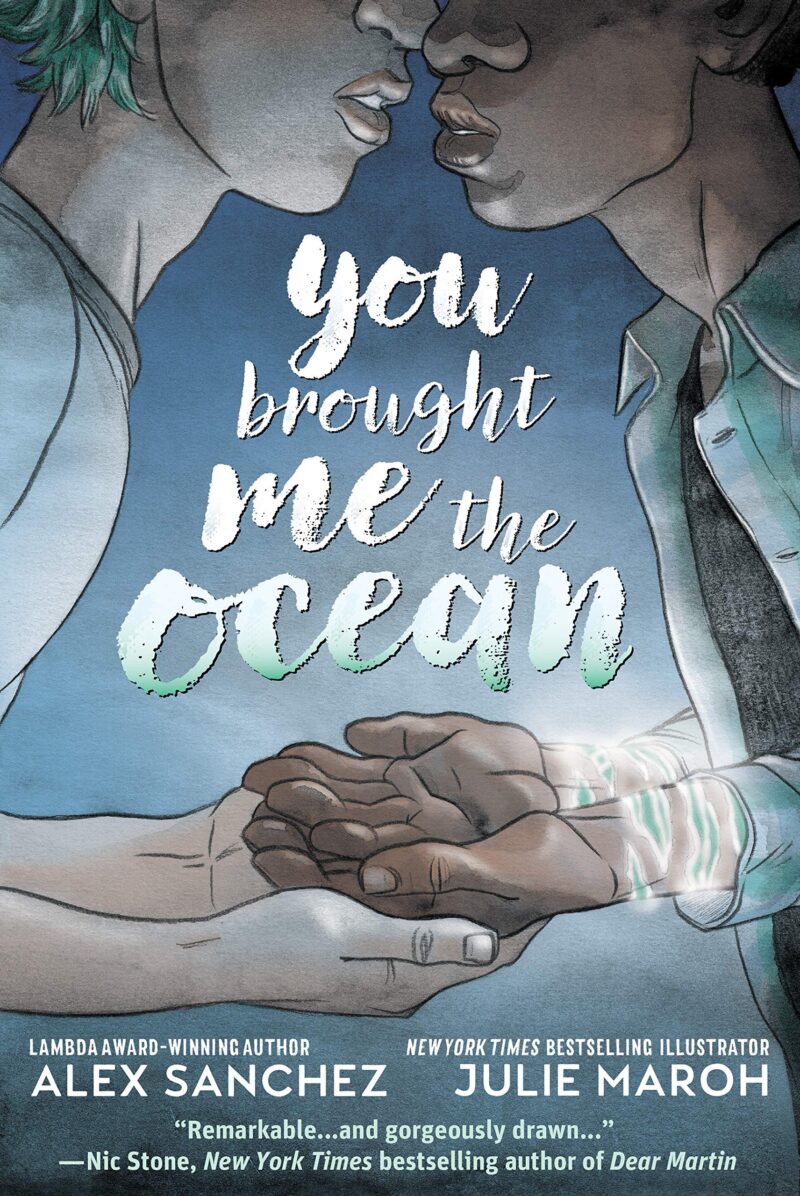 You Brought Me The Ocean (Softcover)

There’s nothing “safe” about Jake’s future–not when he’s attracted to Kenny Liu, swim team captain and rebel against conformity

Kategorier: Engelsk, Homoseksualitet, Tegneserier Tag: You brought me the ocean

Jake Hyde doesn’t swim–not since his father drowned. Luckily, he lives in Truth or Consequences, New Mexico. Yet he yearns for the ocean and is determined to leave his hometown for a college on the coast. His best friend, Maria, however, wants nothing more than to stay in the desert, and Jake’s mother encourages him to always play it safe.

There’s nothing “safe” about Jake’s future–not when he’s attracted to Kenny Liu, swim team captain and rebel against conformity. And certainly not when he secretly applies to the University of Miami. Jake’s life begins to outpace his small town’s namesake, which doesn’t make it any easier to come out to his mom, or Maria, or the world.

But Jake is full of secrets, including the strange blue markings on his skin that glow when in contact with water. What power will he find when he searches for his identity, and will he turn his back to the current or dive headfirst into the waves?