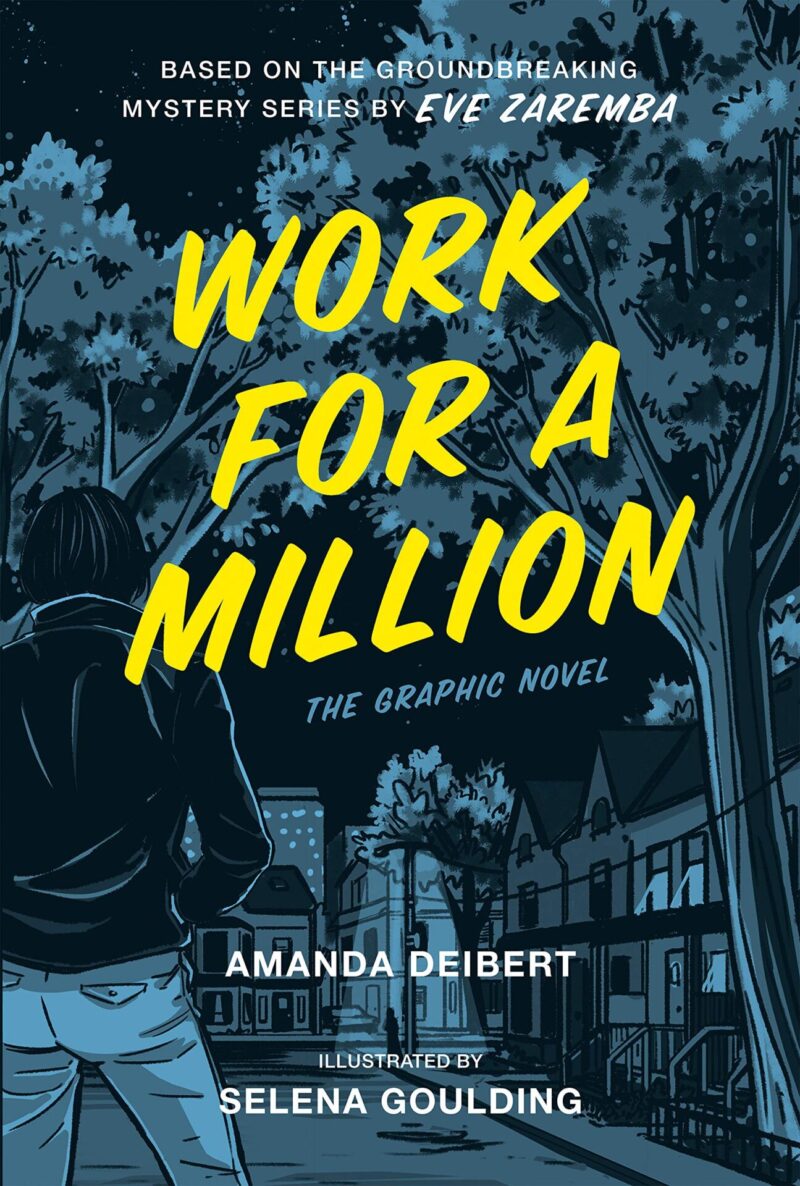 Work for a Million (Softcover)

Helen is fiercely loyal, an independent woman whose magnetic personality and storied career make her the city’s premier private eye, suspicious of all stereotypes and not afraid to bend the rules

Tightly plotted and razor sharp, Work for a Million is hard-boiled detective noir stunningly rendered against a 1970s urban backdrop.

When Helen Keremos, Private Detective, is hired by a beautiful recording artist who has just won a million dollar lottery prize, her plan for a quiet life on the West Coast is quickly diverted. Helen is fiercely loyal, an independent woman whose magnetic personality and storied career make her the city’s premier private eye, suspicious of all stereotypes and not afraid to bend the rules. Rising star Sonia Deerfield has been receiving blackmail threats from an anonymous caller, and though she is surrounded by her keenly invested business team of “friends,” Helen wonders how trustworthy they really are. As the stakes get higher and attempts are made on their lives, the two women are drawn closer together through the twists and turns of the blackmailer’s dangerous pursuit–and their chemistry is no mystery.

In 1978 Eve Zaremba introduced detective Helen Keremos to readers in a pulp fiction series. The 1987 instalment of the series, Work for a Million, featured the first openly lesbian detective in genre fiction. The novel was adapted into a graphic novel in 2019 by television and comic book writer Amanda Deibert, and will be published more than forty years after readers fell in love with Helen Keremos and Eve Zaremba.

Vivid historical research into Toronto of the late-1970s and a dazzling cast of familiars and foes are brought to life on the page by Canadian artist Selena Goulding in a mixture of full colour and black and white illustrations.