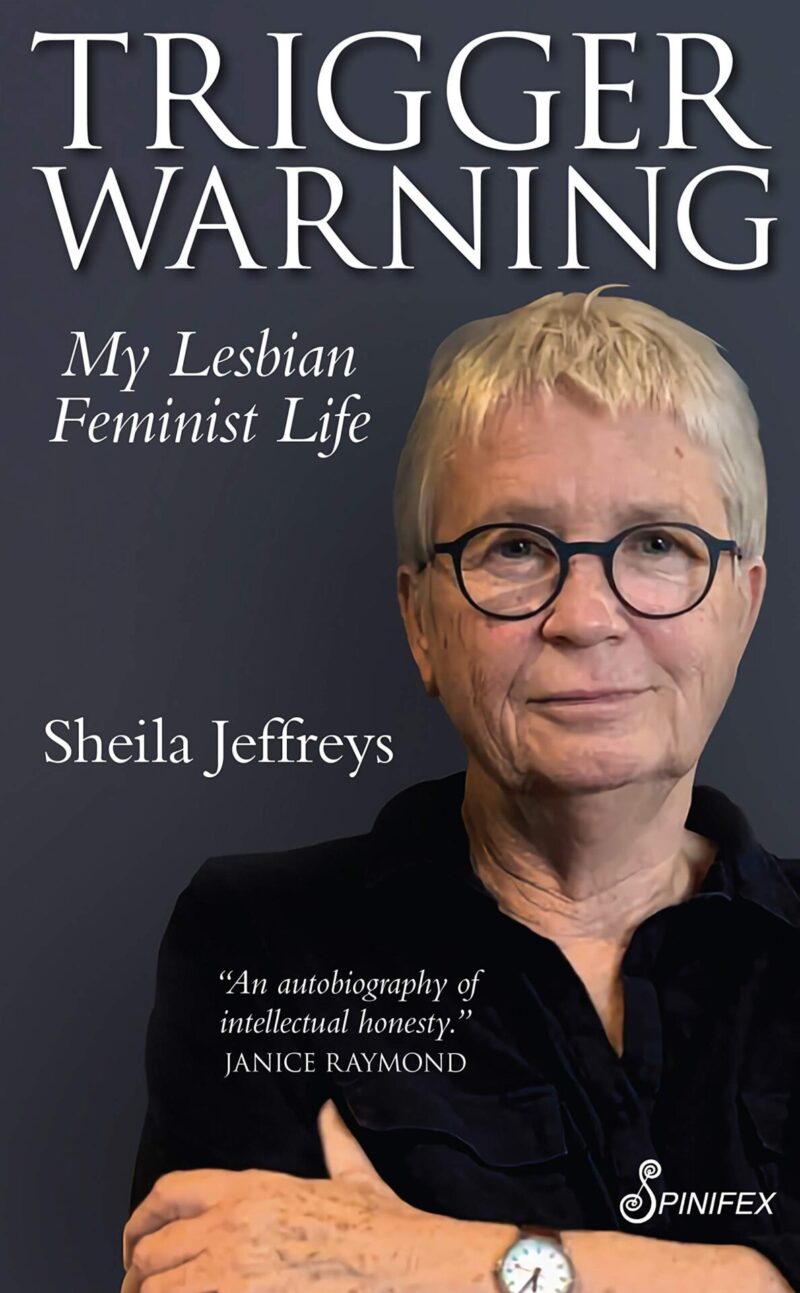 Accessible yet detailed and rigorous, this landmark volume is essential reading for everyone who has ever wondered what radical feminism really is.

Trigger Warning: My Lesbian Feminist Life is both an engaging autobiography and a fascinating account of feminist history. From the heady days of the Women’s Liberation Movement through to the backlash against radical feminism as neoliberal laissez-faire attitudes took hold. Fast forward to the current re-examination of feminism in light of the #MeToo movement and an emerging new wave of radical feminism.

Sheila Jeffreys’ bold account makes it clear that the feminism and lesbianism she has championed for decades is needed more than ever. With honesty and frankness, she tells of victories and setbacks in her unrelenting commitment to women’s freedom from men’s violence, especially the violence inherent in pornography and prostitution. We also learn what her steadfastness has cost her in terms of personal and professional rewards.Trigger Warning places radical feminism within a cultural, social and intellectual context while also taking us on a personal journey. Sheila Jeffreys has tirelessly crossed the globe to advance radical feminist theory and practice and we are invited to share in the intellectual and political crossroads she has encountered during her life.

Accessible yet detailed and rigorous, this landmark volume is essential reading for everyone who has ever wondered what radical feminism really is.