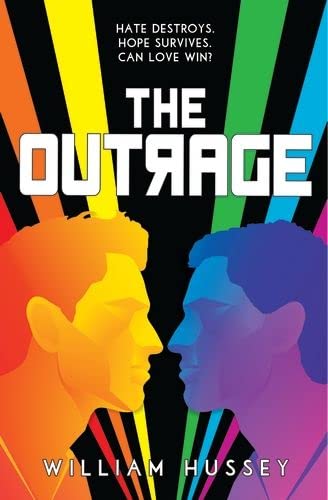 Gabriel is a natural born rule-breaker. And his biggest crime of all? Being gay.

“You know, when you live in a time of progress, it seems that progress is the only possible way. The idea that everything we’d gained, all of those hard-won rights, could be taken away from us, and that open minds could be closed again? But then the Outrage happened.”

Welcome to England, where the Protectorate enforces the Public Good. Here, there are rules for everything – what to eat, what to wear, what to do, what to say, what to read, what to think, who to obey, who to hate, who to love. Your safety is assured, so long as you follow the rules.

Gabriel is a natural born rule-breaker. And his biggest crime of all? Being gay.

Gabriel knows his sexuality must be kept secret from all but his closest friends, not only to protect himself, but to protect his boyfriend. Because Eric isn’t just the boy who has stolen Gabriel’s heart. He’s the son of the chief inspector at Degenerate Investigations ­­­- the man who poses the single biggest threat to Gabriel’s life.

And the Protectorate are experts at exposing secrets.