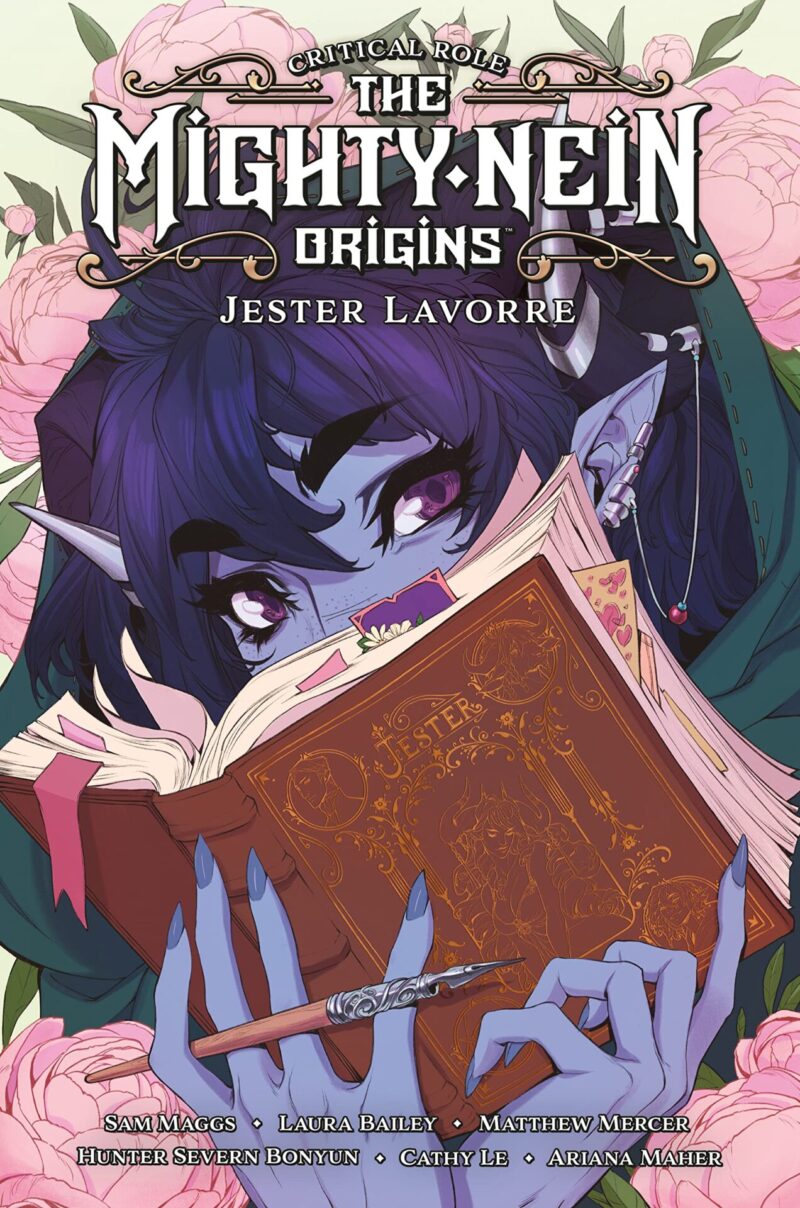 Jester Lavorre had an unconventional upbringing, even for one born in cosmopolitan Nicodranas. Daughter of the famed Ruby of the Sea, she had many opportunities for mischief as a small child, of which she took full advantage! Dive into the mystery of Jester’s early years, her first meeting with the Traveler, and the fateful events that set her on a path to eventually join the Mighty Nein.

Jester’s story is brought to life by writer Sam Maggs (Captain Marvel; The Unstoppable Wasp) with art by Hunter Severn Bonyun, in direct consultation with Laura Bailey! It’s available as a gorgeous hardcover, ready to take its place in your Critical Role library!