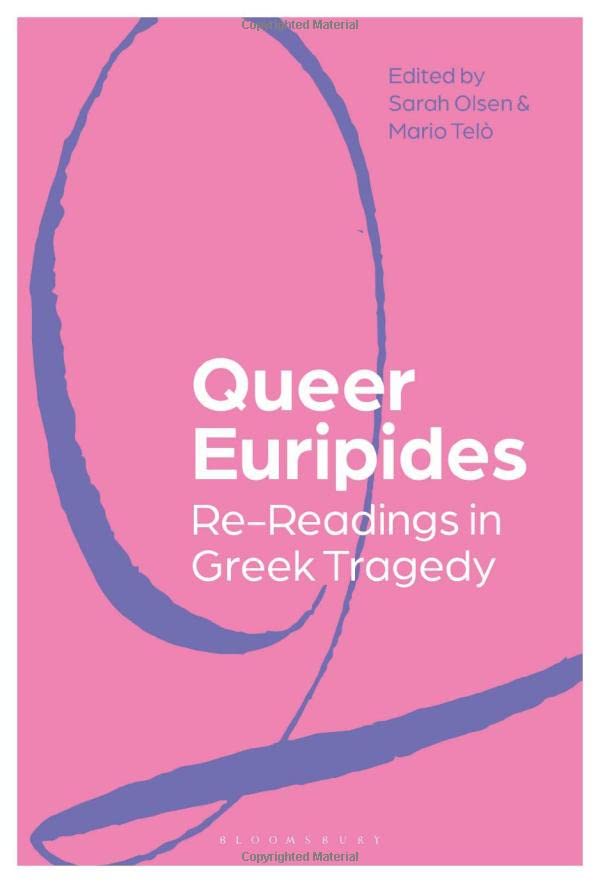 This volume is the first attempt to reconsider the entire corpus of an ancient canonical author through the lens of queerness broadly conceived, taking as its subject Euripides, the latest of the three great Athenian tragedians.

This volume is the first attempt to reconsider the entire corpus of an ancient canonical author through the lens of queerness broadly conceived, taking as its subject Euripides, the latest of the three great Athenian tragedians. Although Euripides’ plays have long been seen as a valuable source for understanding the construction of gender and sexuality in ancient Greece, scholars of Greek tragedy have only recently begun to engage with queer theory and its ongoing developments. Queer Euripidesrepresents a vital step in exploring the productive perspectives on classical literature afforded by the critical study of orientations, identities, affects and experiences that unsettle not only prescriptive understandings of gender and sexuality, but also normative social structures and relations more broadly.

Bringing together twenty-one chapters by experts in classical studies, English literature, performance and critical theory, this carefully curated collection of incisive and provocative readings of each surviving play draws upon queer models of temporality, subjectivity, feeling, relationality and poetic form to consider “queerness” both as and beyond sexuality. Rather than adhering to a single school of thought, these close readings showcase the multiple ways in which queer theory opens up new vantage points on the politics, aesthetics and performative force of Euripidean drama. They further demonstrate how the analytical frameworks developed by queer theorists in the last thirty years deeply resonate with the ways in which Euripides’ plays twist poetic form in order to challenge well-established modes of the social. By establishing how Greek tragedy can itself be a resource for theorizing queerness, the book sets the stage for a new model of engaging with ancient literature, which challenges current interpretive methods, explores experimental paradigms, and reconceptualizes the practice of reading to place it firmly at the center of the interpretive act.