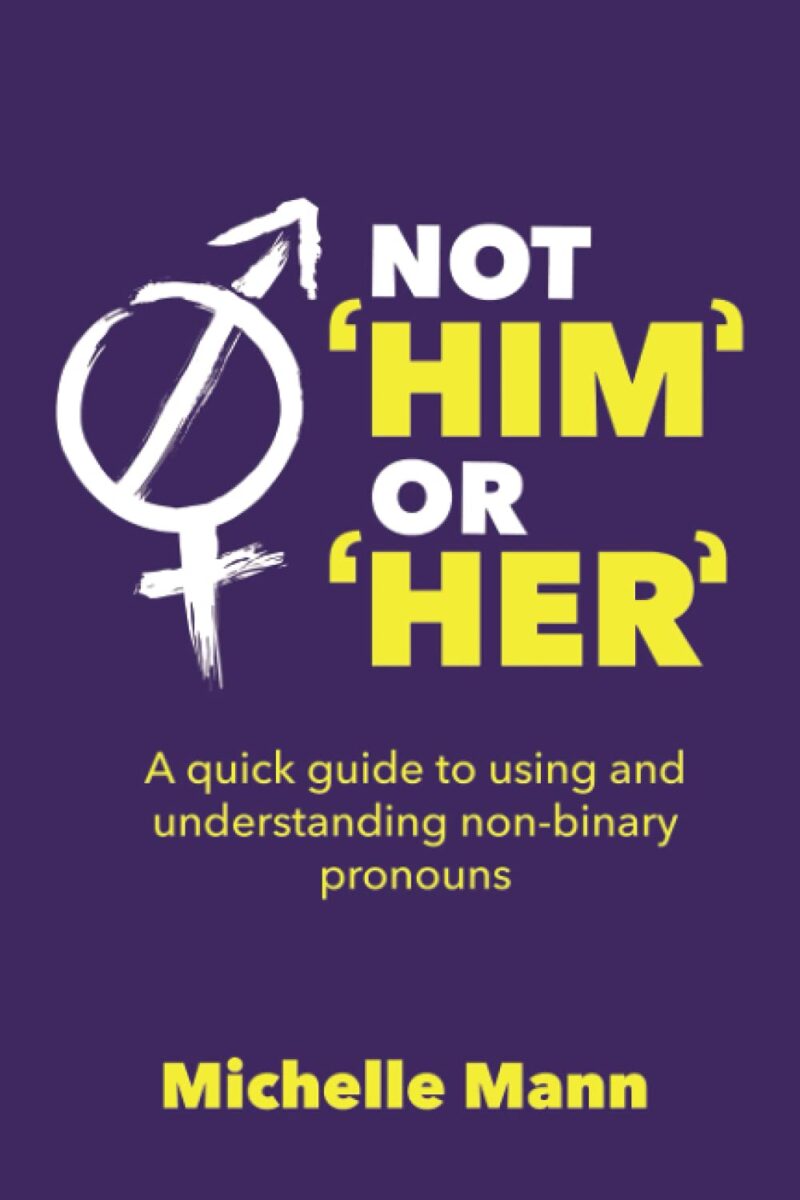 Not ‘Him’ or ‘Her’: A Quick Guide to Using and Understanding Non-binary Pronouns (Paperback)

Non-binary people have existed since human history was first recorded.

Non-binary people have existed since human history was first recorded. Well documented across multiple cultures and continents, their identity is not something recently created; the only thing that has changed in the past few years is the visibility they have gained and the shift towards acceptance from our society. The willingness to accept something that might be hard to understand is crucial to comprehend what exactly is a non-binary identity and how to be adequately supportive of such a person.

Gender is often a baffling subject. However, non-binary people are not at all baffled about their gender identity, and they certainly aren’t simply following a new trend. Societies and cultures all around the globe have been recognizing and accepting such identities for thousands of years. There are extensive historical accounts to support this. It’s only in the western world that it has been so delayed.

Nonetheless, many people who are comfortable in the gender binary may find it baffling to understand why someone wouldn’t wish to adhere to such gender structures.

This book will give you a well-rounded understanding of non-binary identities and the proper pronouns for them, teach you how to use them, and broaden your knowledge on a variety of topics such as:

And many more things, such as a brief history of gender identity and non-binary people in society and how it is to be a non-binary person when it comes to legalities. Eventually, you will be able to understand how to support and respect your non-binary friends and family!