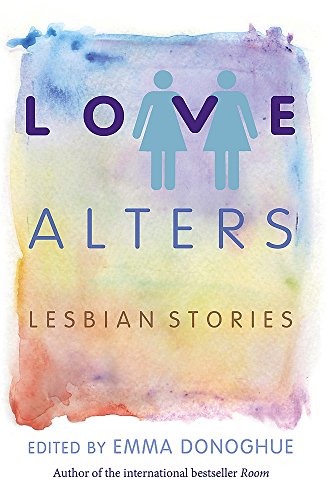 With this anthology, honoured on first publication as a Lambda Literary Award finalist, Emma Donoghue offers an eloquent and timely definition of the modern lesbian short story.

With this anthology, honoured on first publication as a Lambda Literary Award finalist, Emma Donoghue offers an eloquent and timely definition of the modern lesbian short story.

Breaking out beyond North American writer, she assembles an impressively broad array of twenty-nine writers from South Africa to Trinidad, from Australia to Ireland, and from Jamaica to New Zealand.

The greater international range is evident not just in subject matter, but in style, too: the writers have little in common other than that they have written on lesbian themes.

The intention was not to compile a ‘Best of’ collection; the focus is very much on new stories rather than those already much-anthologised. Well-known authors are represented, but not by their best-known work, and widely anthologised authors make way for less familiar names.

Chronologically, the focus is on the modern side of the watershed marked by the June 1969 Stonewall Riots in New York and the ensuing Gay Liberation and Women’s Liberation movements. Importantly though, these are stories that read like stories.

The first section, ‘Child’s Play’ deals with the taboo topic of the sexuality of young girls; ‘Present Tense’ is concerned with contemporary adult life; while ‘Family Values’ reclaims that term from right-wing fundamentalists by embracing very different angles on family life. ‘Past Times’ reflects the burgeoning cultural confidence evident in the growing genre of lesbian historical fiction, while the final, very eclectic ‘Possibilities’ points to new tendencies in lesbian fiction at the millennium, exploring beyond the boundaries of naturalism.