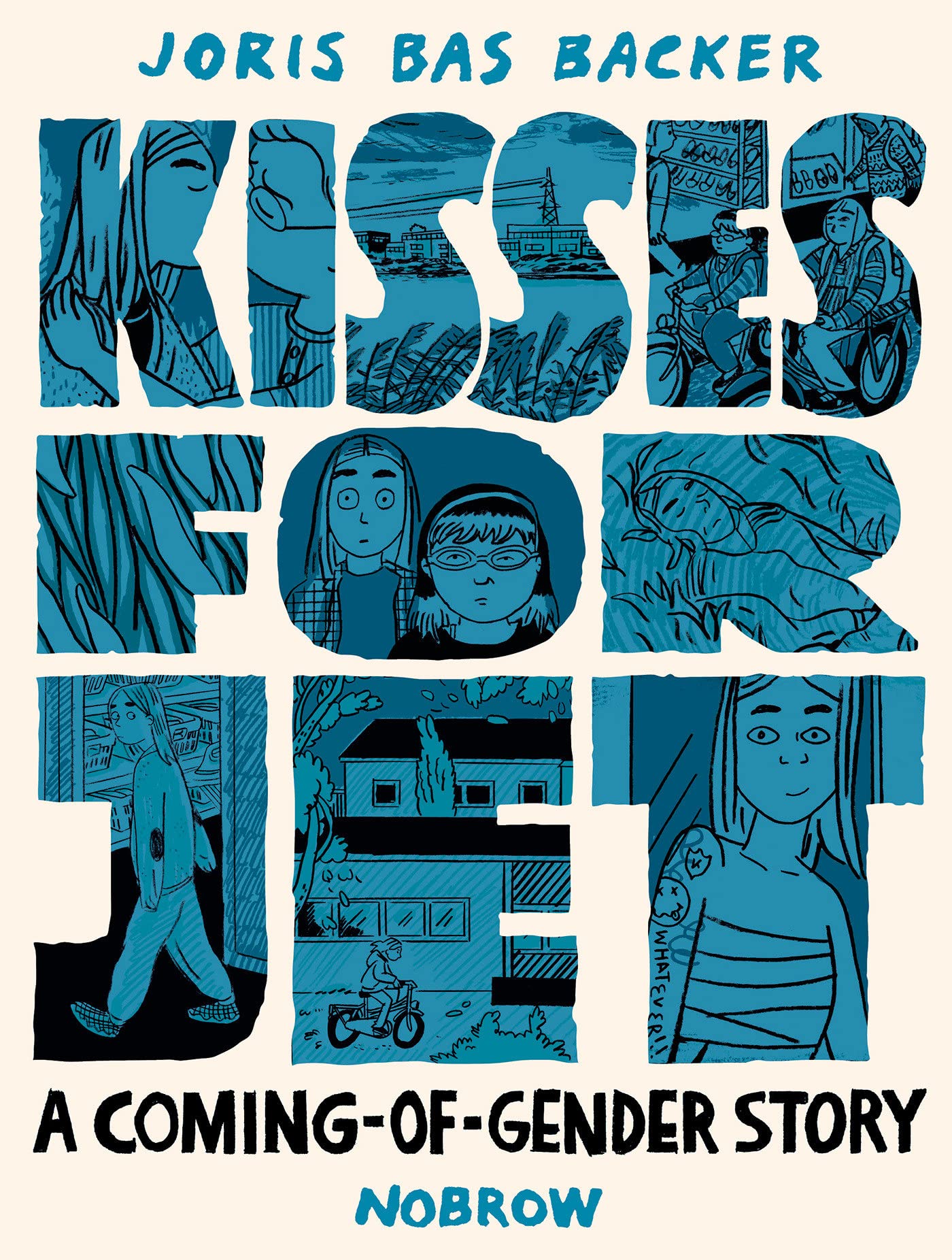 A striking and emotive graphic novel from debut trans creator, Joris Bas Backer about coming to terms with his gender before the age of the internet.

A striking and emotive graphic novel from debut trans creator, Joris Bas Backer about coming to terms with his gender before the age of the internet.

In 1999, when most people think that the world is about to end with the Y2K crash on the eve of the new Millennium, Jet is just trying to get through high school. When their Mom moves to another country to work on fixing the Millennium bug, Jet is forced to stay at a boarding house while they finish the school year, and they’re not pleased about it.

But something’s not quite right, and it’s not just the out-of-control kids that Jet has to live with, or the staff who look after the boarding house who act super suspiciously. As Jet slowly starts to feel overwhelmed by their peers, they begin to notice that they don’t feel like the other girls in their class. As new feelings start to emerge, Jet slowly begins to realise that they may be more of a boy than a girl.

Is that even possible? And who do they talk to about these feelings when there’s not even any internet around, and cell phones are barely used?

This coming-of-gender graphic novel debut from trans creator Joris Bas Backer is an enlightening and often hilarious tale that casts light on what it was like to be transgender before information and help was more accessible and widespread.