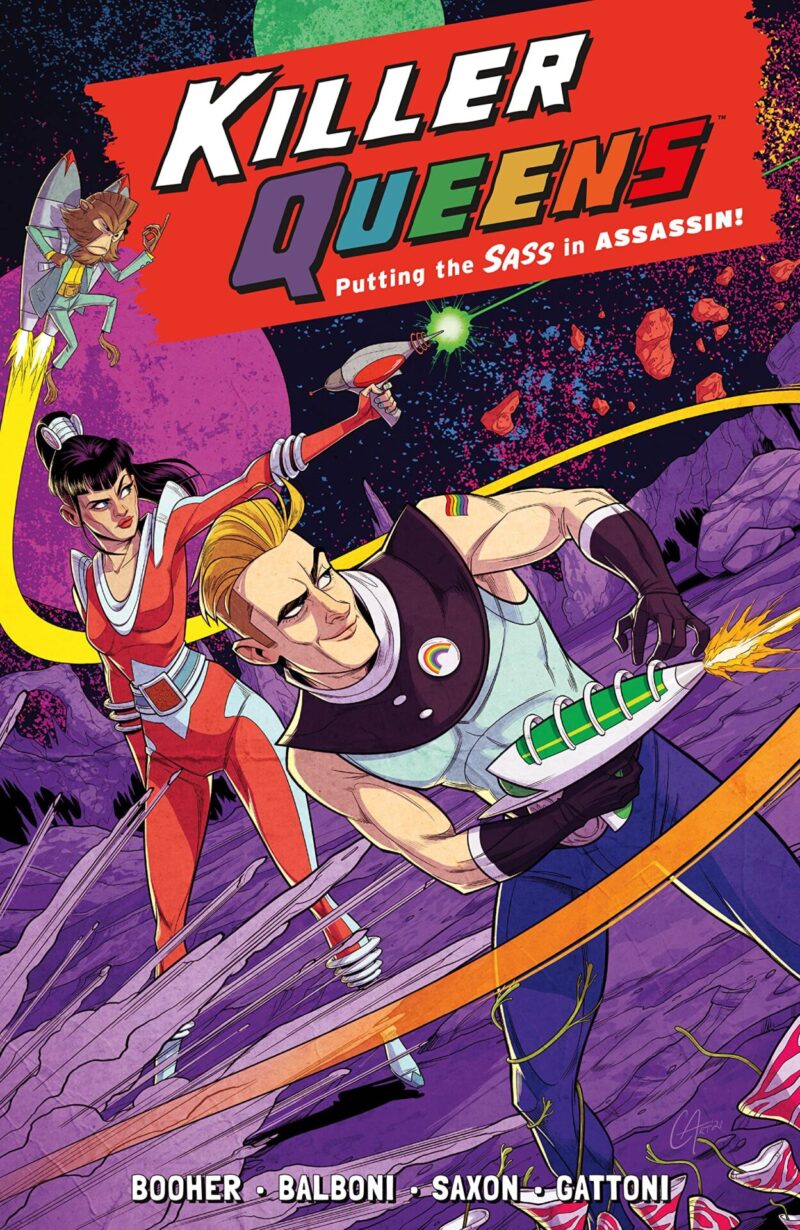 They put the SASS in ASSASSIN!

Meet Max & Alex. Reformed intergalactic assassins-for-hire. On the run. Also super gay. Their former boss—a fluffy monkey with a jetpack—is hot on their tail to take back his stolen ship. They gotta eat (tacos preferably), so they take a mission from Alex’s old flame. Your standard no-kill, casualty-free kidnapping recovery from a nearby moon. Only complication? Half the moon is ruled by a fascist dictator hostile to foreigners. They’re the Killer Queens, so what could possibly go wrong?

After their ship is forced to crash land way off target, they have to escape from a high-security detention center run by a race of alien xenophobes. Then it’s all laser blasts and one-liners until they face the choice between getting paid for their mission or helping out a struggling group of refugees fighting a rebellion. Tacos are overrated, anyway.

Join rising star David M. Booher (Canto, Alien Bounty Hunter) and an all-LGBTQ creative team as they tackle issues of love, xenophobia, and the terror of fascist dictatorships in this hilarious sci-fi epic.