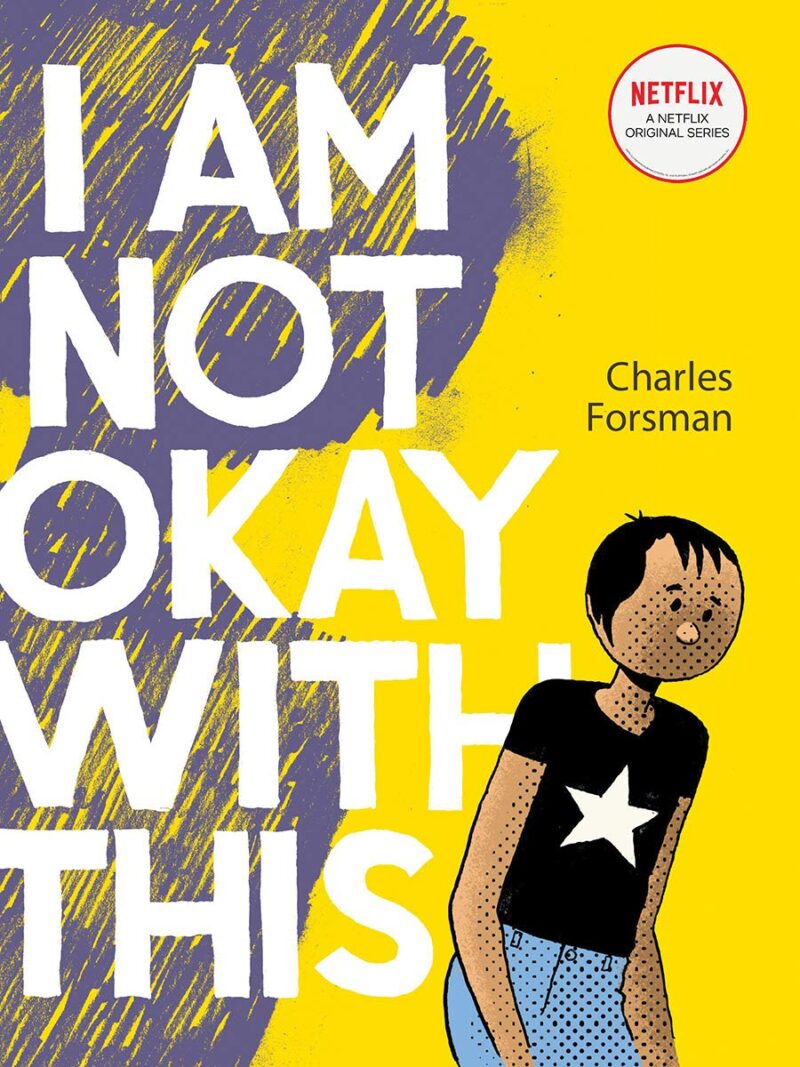 I Am Not Okay With This (Softcover)

Sydney seems like a normal 15-year-old freshman. She hangs out underneath the bleachers, listens to music in her friend’s car, and gets into arguments with her annoying little brother ― but she also has a few secrets she’s only shared in her diary.

Like how she’s in love with her best friend Dina, the bizarreness of her father’s death, and those painful telekinetic powers that keep popping up at the most inopportune times.

In this collection of the self-published minicomic series, Forsman expertly channels the teenage ethos in a style that evokes classic comic strips while telling a powerful story about the intense, and sometimes violent, tug of war between trauma and control.