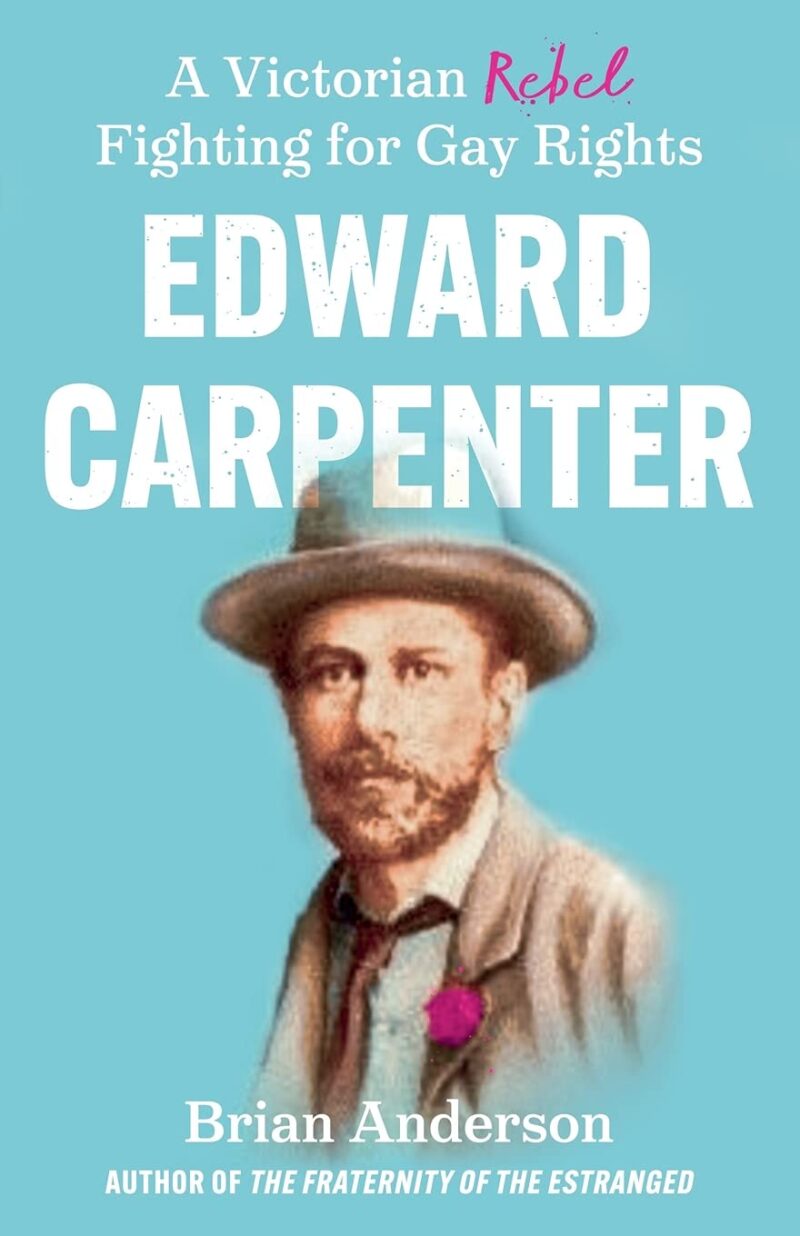 In his new book, Edward Carpenter: A Victorian Rebel Fighting for Gay Rights, Brian Anderson explores the life of the neglected Victorian gay icon Edward Carpenter. Using a large number of previously unpublished letters to his lovers, and friends, his tortuous journey from conforming youth to outspoken critic of Victorian society is traced.

His adolescent hurts and sexual confusion, his fumbling first love affairs, the remarkable expansion of his mind at Cambridge and his timely release from a priestly and donnish life, are recounted.

His entry into the world of socialist politics as a polemical writer and his turning from socialist rhetoric to sexual politics forms a central part of the narrative, together with an account of the obstacles that he faced in finding publishers daring enough to take his work at the height of the Oscar Wilde scandal.

The intimate details of his gay life are, for the first time, combined with the most extensive analysis to date of his pioneering writing on homosexuality.