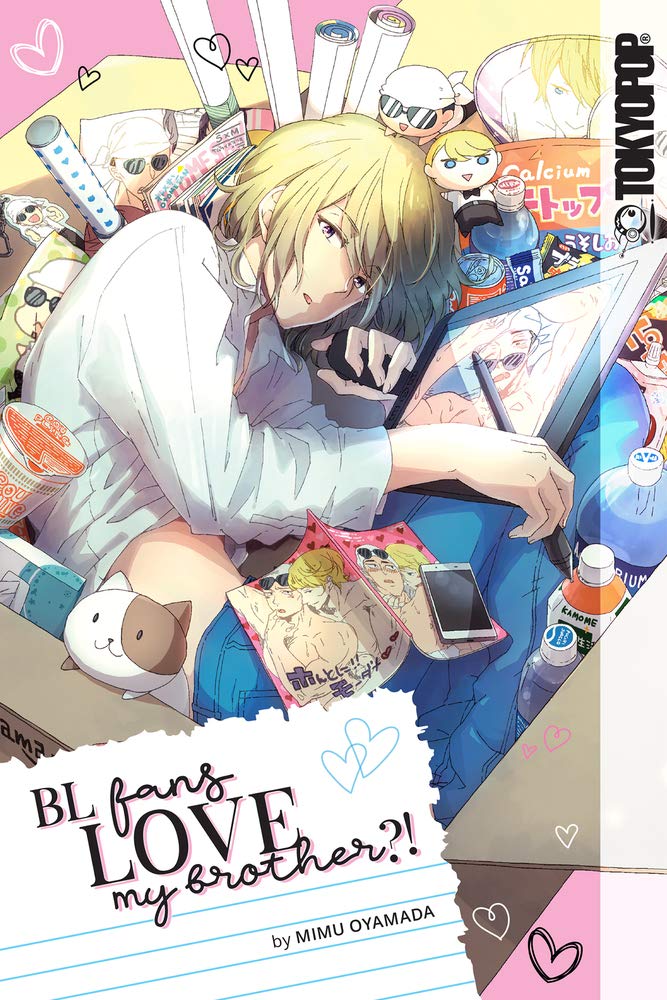 Kirika Amano is just an unassuming college freshman, but her shut-in big brother, Teruo, is about to turn her life upside down…

Kirika Amano is just an unassuming college freshman, but her shut-in big brother, Teruo, is about to turn her life upside down… Even though he’s barely left their family home in four years, Teruo has a big secret: he’s been living a double life online as the boys love artist sensation Amaterasu!

With his popularity online growing more and more, Teruo begs Kirika to pose as Amaterasu in the real world, throwing her right into the deep end of doujinshi conventions, hot and sweaty fan comics, and adoring fans who want to worship Teruo—and now Kirika—as a god!

As Kirika begins to crack under the pressure, she relies on Teruo’s knowledge to guide her through this new world of conventions, followers, and her own budding love for her big brother’s OTP, just as Teruo needs his little sister to help him come out of his shell and explore the real world. And as each new event pushes them further into the limelight, can they find a way to keep the secret of Amaterasu’s identity and also have room to be themselves?