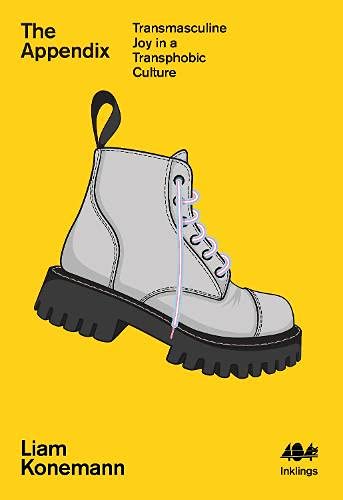 The Appendix explores transphobia in UK media, as well as the trauma of living in a society constantly debating you.

In April 2019, Liam Konemann idly began work on what he thought of as the appendix – a record of ongoing transphobia in the UK that he came across. But when his mental health began to spiral, he turned his attention to a different topic instead: how do we fi nd beauty in transmasculinity And how do we maintain it in a world stacked against us.

The Appendix explores transphobia in UK media, as well as the trauma of living in a society constantly debating you. Liam explains his time spent stealth after moving to the UK, his false belief that witnessing the transphobia by documenting it would lead people to change their behaviours – that if he could only show them the effects on people like him, it would all stop – and the peaks and troughs of anxiety. More so, he turns the focus to the more positive representations and experiences, capturing – as he sought – the beauty in transmasculinity.